Things You Should Know About Sushiswap And Uniswap

Decentralized Finance (DeFi) has gained a lot more popularity in recent times and has pioneered the emergence of several financial platforms. There has been the establishment of various lending, buying, and selling platforms virtually as well as investors.

Uniswap has identified itself as one of the leaders in the world of decentralized finance. Especially considering that it was one of the earliest creations in decentralized financing and it is most popular for exchanging tokens on Etherum. Uniswap was developed by a small group who made the design protocol an open one and easily accessible to fork.

Sushiswap;seized the opportunity and included an extra treat called the SUSHI token. Being a fork that stemmed from Uniswap, Sushiswap gives control of the protocols to users and gives them payment.

To begin, it is important to mention that understanding Uniswap is a requirement of knowing how Sushiswap functions because Sushiswap is like an attachment or continuation of Uniswap.

Basically, Uniswap is a decentralized financing protocol that works using a specific model referred to as automated market-making (AMM). This is a substitute for the order book, which is a host of other similar protocols that make use of. AMM on the other hand helps providers if liquidity includes funds to their pools.

The reason why this has become an area of interest for so many people is that there is a relationship between the DeFi ethos. The launching of new tokens has been on the increase due to the amazing and accumulation of liquidity mining, which is acceptable for distributing tokens.

This will ensure equality for everyone as well as even distribution depending on the number of funds each participant provided. The token holders, through the liquidity benefits, make the decisions. Also, they are beneficiaries of some of the fees paid by traders.

The token holders determine the turn of events, where Sushiswap is concerned. Instead of a team consisting of lead builders, the control of Sushiswap lies in the hands of the token holders. They can make great or minute changes to the practice of the Sushiswap protocol. 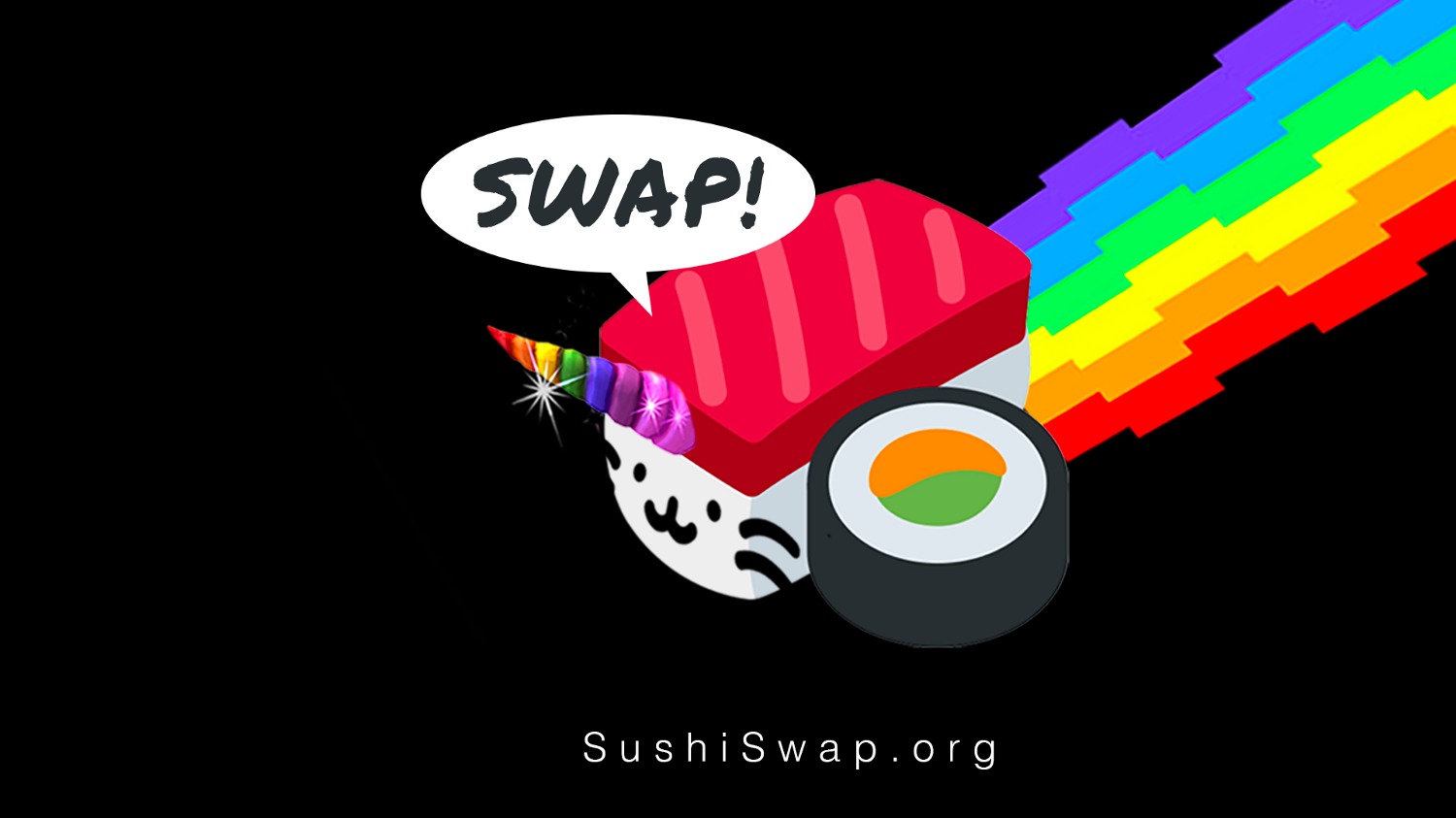 The Relationship Between Uniswap And Sushiswap

Uniswap and Sushiswap both share a lot of similarities with only a few differences. The major difference between them is that Sushiswap, unlike Uniswap gives rewards of sushi tokens to the parties sourcing for liquidity. Also, they are rewarded with a portion of the trading fees.

It is also a known fact that crypto operates in transparency. Hence, a lot of people assume that the increasing number of DeFi protocols and Bitcoin are new public goods and services but in the virtual form - software. Considering that they are duplicated really easily and reinvented with slight differences, it will definitely cause a sort of competition between creators of similar protocols.

Apparently, Uniswap has brought a considerable level of progression to the DeFi space. Therefore, they both have identical chances of flourishing but it is more likely that Uniswap will remain the leading protocol in the automated market-making, and Sushiswap can serve as an alternative that provides the incentives that people want.

The sushi pool gives a payout of multiple rewards to increase liquidity in the sushi market. Right after launching Sushiswap, the holders of sushi tokens have voted for pools to be increased for distribution, proving the efficacy of the sushi tokens.

At the initial stage, the sushi reward began at Etherum block 10,750,000. Thereafter, they were brought down by subtracting 100,000 blocks. Two weeks after the first reward distribution, there will be a migration of the liquidity tokens from the staking contract to the Sushiswap contract. This basically means that the tokens staked on Sushiswap will only be accessible for redemption on Uniswap and there will be creations of new liquidity pools on Sushiswap.

Uniswap and Sushiswap operate in a clear space of Etherum and there is a reduced barrier of the entrance. Users are enabled to establish markets, provide liquidity, and create financial services.

It can be a very daunting and intimidating task to invest with crypto. There is also the problem of constantly coming across stories of people who have lost their money in the process. Though this might have some truth as a lot of mishaps have occurred in the DeFi space, so much has been worked on to make the crypto transactions a lot easier.

With crypto trading, what a lot of people fear is the security and safety of making purchases and sales of cryptocurrencies. Eazyswap is one of the most trusted protocols that ensure the security of your crypto. Whether you want to buy and stash or you want to resell it, privacy is ensured and makes transactions way easier.

Eazyswap gives users wallets, covered by insurance to help keep their investments safe. Though if as a result of your security compromise, the insurance is not valid. These will help new users keep track of their investments, purchases, and sales.