MakerDAO, which was initially established in 2015 by founder Rune Christensen started as a small project on a tiny new blockchain, has currently attained prominence to become one of the most successful projects on the Ethereum blockchain. MakerDAO is a decentralized system built on ETH, which provides the benefit of allowing for easy borrowing and lending of cryptocurrencies without the aid of a middle man. There is often a tricky aspect to borrowing with crypto as it is known knowledge that crypto-assets tend to fluctuate incessantly, and this usually results in a significant change in the amount borrowed in crypto over the amount intended to pay back within a short time. This is where the advantage of MakerDAO is seen as it combines loans with a stable currency, thereby providing the benefit of borrowing money as well as efficiently allowing you to know the right amount to be paid back.

MakerDAO makes use of a protocol that allows anyone with ETH and MetaMask wallet the benefit of lending themselves money, which is usually in the form of a stable coin known as DAI.

Dai is a hybrid stable coin that depends on a combination of underlying assets, external actors as well as automated mechanisms to achieve price stability. It is a currency token that is backed up by collateral and also lives entirely on the blockchain, unlike centralized, stable coins. Its stability is not affected by any locality as its value is constantly being kept relative to the US dollar through the means of competing for financial incentives.

When ETH is locked up by users in MakerDAO’s smart contracts, a certain amount of DAI is created, which is relative to the amount of Ethereum locked up. Users can easily pay back the loan along with other debts when the ETH is ready to be unlocked, which is a guaranty or security for their loan. MakerDAO also makes use of another currency, the Maker token, otherwise known as MKR, to regulate the value of loans.

Maker token, which is also known as MKR, is a cryptocurrency as well as a governance token that gets its value from the role it plays in governance on the MakerDAO platform, including interest payments known as stability fees, paid by borrowers who create Dai. In other words, the purpose of MKR is to support the stability of DAI token. MKR holders have the benefit of voting on proposals that can be submitted by any Ethereum account who have an interest in submitting a proposal to the MakerDAO system. Proposals are otherwise known as small contracts that are submitted to the Maker platform to change or modify the internal governance of the Maker platform. MKR holders are likened to shareholders; however, unlike a joint-stock company, the system applied is that of a decentralized autonomous organization. Proposals that are elected and made the “Active proposal” in the MakerDAO system are usually based on the highest amount of approval votes a proposal gets. The MakerDAO platform also finances its project activities by making use of MKR token.

What Makes MakerDAO So Special?

The first question that comes to mind is how borrowing works on the blockchain without the need or availability of people keeping each other honest and credit checks? This is simply through the use of a means known as liquidation, which is the conversion of an asset to capital to pay off creditors. In a situation when loan collateral drops below a certain point, this means the price of ETH has reduced and is unequal to the amount of DAI borrowed; at this point, the loan is liquidated. It means the ETH that was used as collateral is sold in other to repay the borrowed DAI as well as liquidation penalties and fees. 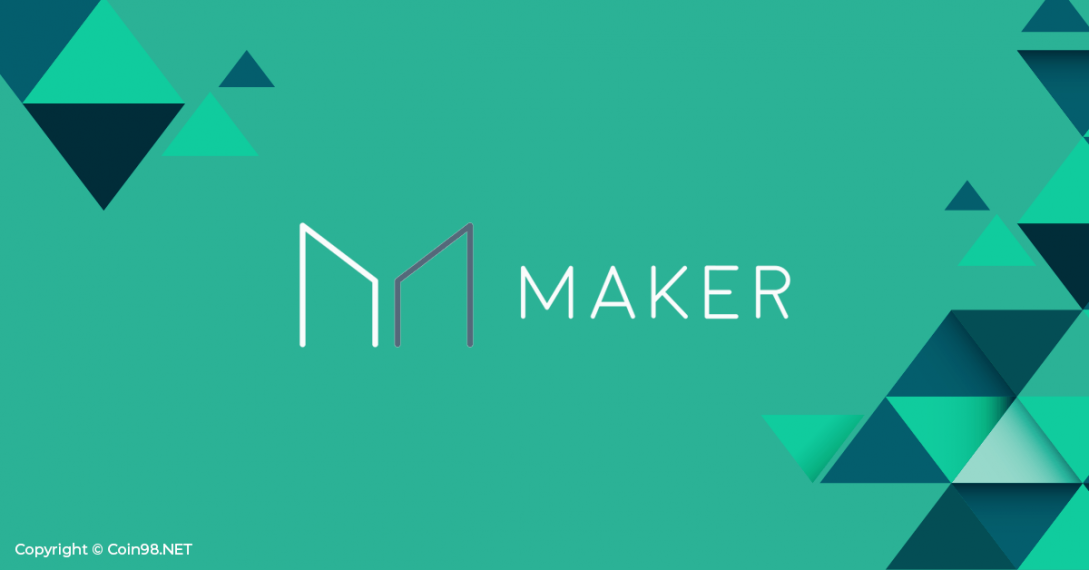 The presence and fear of liquidation help to keep the system in check and stable as it prevents people from borrowing in excess. With the fear of liquidation that helps to keep the system balanced and honest, MKR holders serve as the lenders of last resort. When there is a crash in the price of ETH, which results in many loans been liquidated at once, MKR is created to serve the purpose of paying back the loans, simultaneously payment of fees in MKR, and liquidation penalties are used to buy back MKR which was destroyed.  Looking at it, there is always going to be an availability of value in MKR, which is used to back up liquidated loans. DAI, ETH, and MKR work hand in hand as an automatic system of checks and balances in other to keep the system decentralized and stable.

It is no news that the MakerDAO project though quite complex, is unique and has achieved a level of success. It has been relatively stable and makes use of technological and financial innovation to carry out its operation. The Platform also relies on smart contracts, including external actors for its smooth running and successful operation. However, smart contracts have selfish been taken advantage of before, which usually leads to disastrous events. The activities of hackers and malicious actors who result in disrupting and stealing MakerDAO smart contracts tend to harm the Platform. There is always every potential for Maker to be attacked in as much ad there is any significant or essential value stored in its smart contracts. This is where the importance of external actors come in as they are potential security holes

There is also the possibility of Dai users facing constant price instability when keepers who are expected to perform arbitraging functions in other support the stability of Dai fail to complete arbitrage cycles efficiently. Also, the importance of trusted oracles to help the Platform acquire accurate pricing data on the collateral assets locked up in CPD’s to know when it is necessary to trigger the appropriate liquidations. Now, in this case, if a malicious actor is able to gain control of a substantial number of the oracles, this could result in a disruption of the total functioning of the Platform as a whole.

The Platform has also been faced with internal conflicts among the community, developers amongst others, now this is common and can be expected with any large organization or community. However, these differences could result in limiting the Platform from actualizing its full potentials.

So far, the MakerDAO project has indeed been a successful one; it is not just unique but also shows possible signs of becoming more than it is as well as offering more benefits to its users.